Voronezh Mechanical Plant has been producing rocket engines for the government space programs from the moment of rocket-and-space industry establishment in Russia. With participation of the VMP the launch vehicles Vostok, Soyuz, Soyuz-TM, Progress, Proton, Energia-Buran were developed; the heavy automatic stations Kosmos, Ecran, Raduga and Gorizont were injected into the Earth orbit. The VMP engines overcame the Earth gravity delivering interplanetary space vehicles to Mars, Venus, and to the Halley comet.

Voronezh mechanical engineers were the cooperators of memorable projects such as: Moon fly-around by recoverable automatic stations Zond, delivery to the Earth of lunar soil samples, injection into the space orbit of long-term orbital stations Salut and Mir, and the international space station ISS.

Voronezh Mechanical Plant is the leader in the field of liquid rocket engine production of different designation (in thrust ranges – from 0,15 MT up to 200 MT).

Liquid rocket engines serial production was initiated in 1957. The first LREs were used as the boosters for fighters–interceptors. Voronezh Mechanical Plant had participated in mastering RD-109 engine for a third stage of Vostok launch vehicle, that ensured Yuri Gagarin flight on April 12, 1961.

Such liquid rocket engines as RD-0110, RD-0210, RD-0211, RD-0212, RD-58 are produced by the VMP. Due to the LREs technical excellence and ultra-high technological effectiveness, launches of different carrier rockets have been made over decades. High technical characteristics, durability and simplicity of operation bring them into line with the best Russian and foreign rocket engines.

The plant disposes extensive production and test base for a complete production cycle of space engineering, laboratories for research and development.

All the facts mentioned above provide a stable ground for the Voronezh Mechanical Plant successful participation in long-term federal and international space programs, developing and mastering production of new rocket engines constructions. 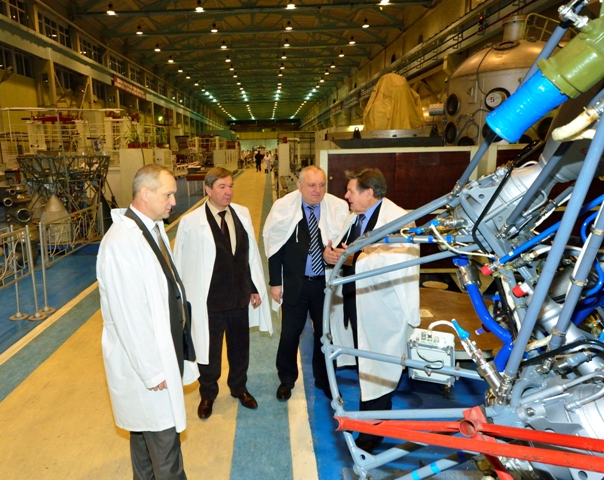